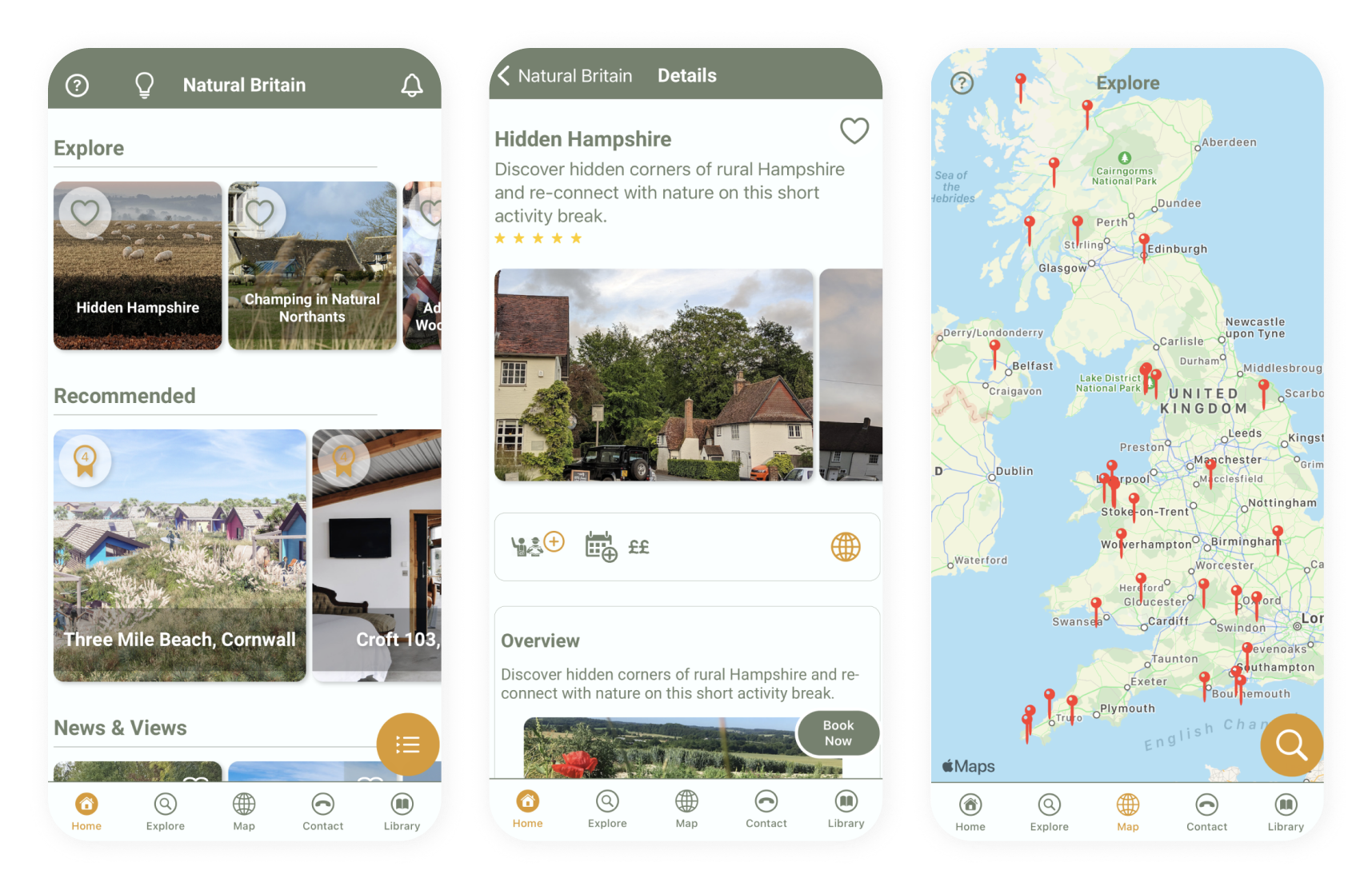 Appstricity is a tech start up that focuses on developing software for travel companies. After three months of assisting with usability testing and their launch, we successfully got Natural Britain approved by the App Store with 47 users signing up in the first week.

Appstricity wanted to prepare Natural Britain for the launch.

Appstricty wanted to do usability testing to improve the Natural Britain App. The main concerns were:

The goal was to have Natural Britain released in three months.

The high-level objectives to meet the project's goals were:

There were limitations on what could be changed.

There were a few constraints that limited the freedom I had as a designer.

I wanted to understand more about Natural Britain's Users.

Before completing the test script, I wanted to have a better understanding of who Natural Britain's users were. I wanted to make assumptions about what their motives were for using the app so I could later identify the user journey.

After doing some research, It became obvious that there was a need for Natural Britain to take their digital presence to the next level. The current social climate, as well as trends in data showed that users were migrating towards a more efficient way to book their travel.

I made assumptions about Natural Britain's users before writing the test script.

I rewrote 20 user stories to identify the main features we should focus on testing. 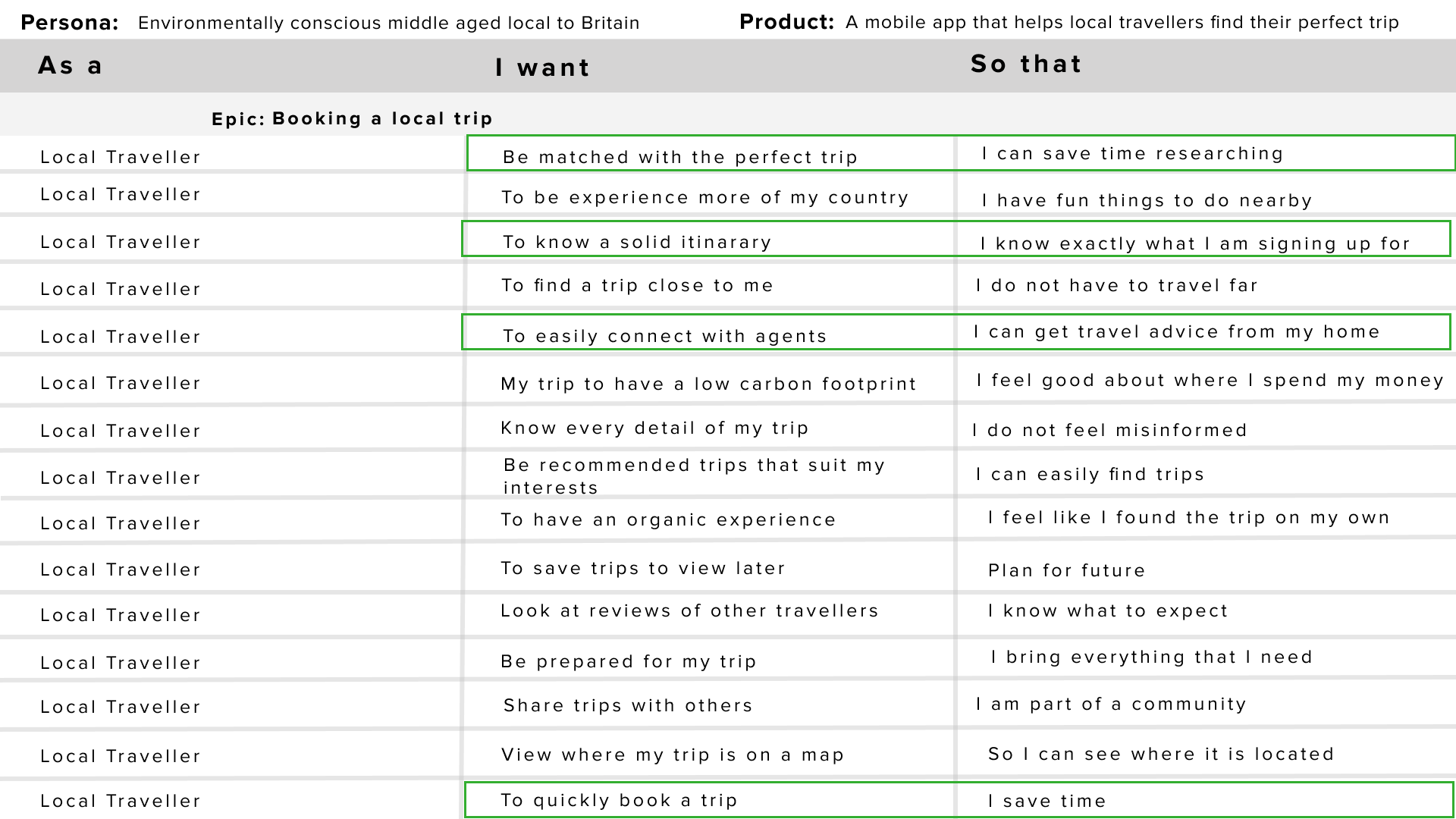 Before usability testing, we released the Beta version.

To pick up on any bugs in the code, we released the Beta version of Natural Britain on Test Flight. We wanted to log and correct any issues that could potentially distract from the user journey.

After completing 5 rounds of usability testing, we were able to identify and correct the main usability issues. I have sorted them into four themes below:

Iterations I suggested based on test findings.

Between six rounds of user testing, I made a series of changes to the app with all project constraints considered.

It was time to prepare Natural Britain for the App Store.

The final step was to submit Natural Britain to the App Store for approval. Part of the requirements was to submit an App Icon and App Screenshots.

I understood that one of my constraints was that I could not change Natural Britain's logo. I got approval to keep the same logo but give the App Icon a refresh. I enlarged the logo and added a gradient to the background which improved the quality.

I then prepared all of the App Screenshots to display all of the key features for new potential users to browse. 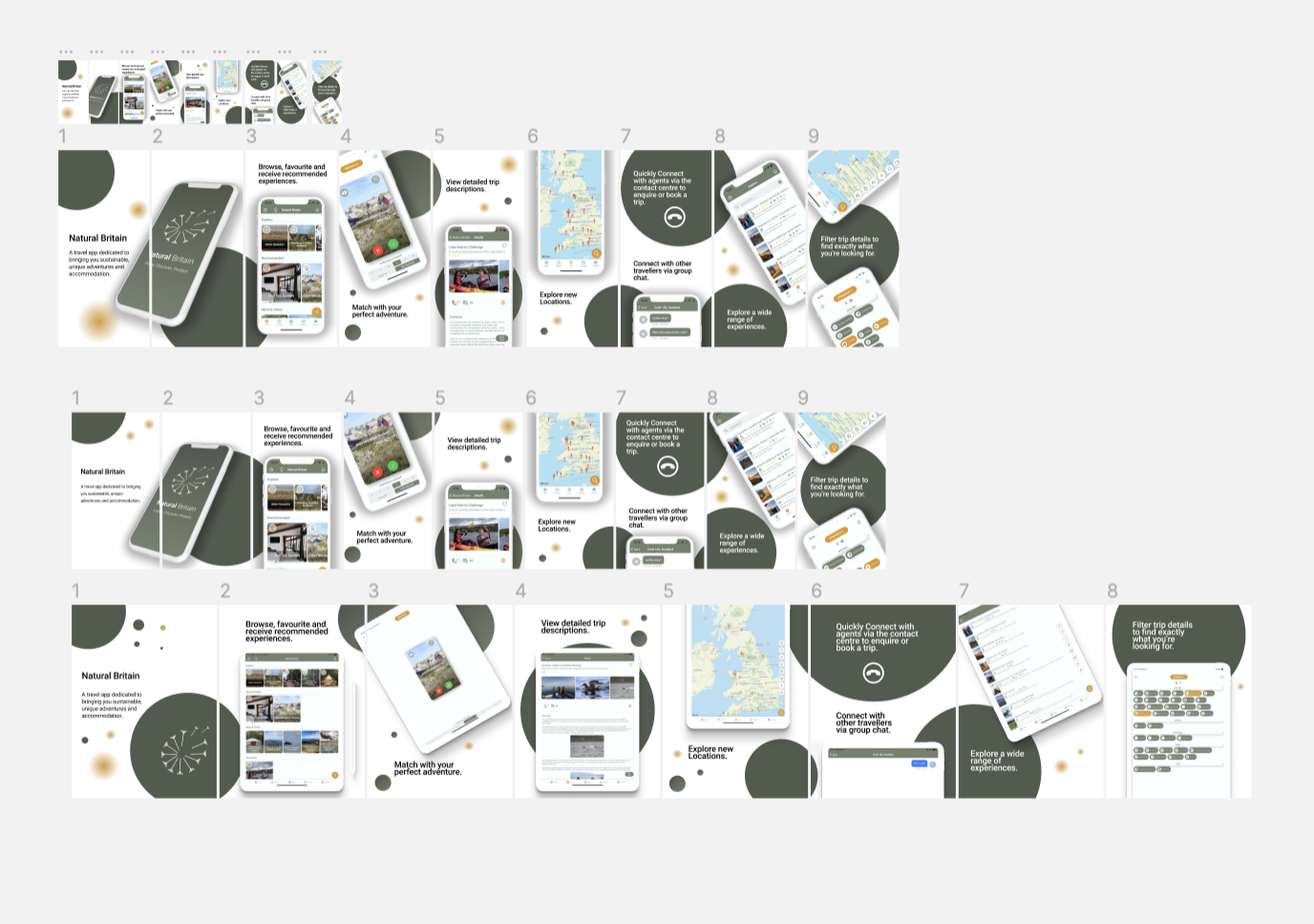 Since Natural Britain's launch, 47 users total have signed up. This number is not great, but it is a start for Appstricity. The company is constantly learning and evolving to provide more local travel companies with a digital solution.

"the app was really easy to navigate and had a nice way of navigating around."

"really loved the colour scheme and photos. Thought that it gave the app a really bright feel."

After the App was launched, I made some suggestions to Appstricity about the second version that they are planning on pitching to future clients.
‍
Natural Britain currently has ten features. From the results of usability tests, this has proven to be too much. The motive of most users seems to be to go on the app, get recommended trips, and book the trip. I found most of the other features to be redundant. I suggested the next time around to strip it down to focus primarily on their MVP and a few secondary features, ensuring they all relate to the user journey while still meeting projects goals.

I decided to take on the project with Appstricity to learn what it was like to work hand in hand with developers. Upon completing the project, I did just that. These were my main takeaways from the project.